Although Botswana is virtually most popular for its exotic wildlife concentration, it also remains one of the most popular destinations in Southern Africa and Africa at large for Botswana bird watching adventures. Most of the National Parks in the country is a hot spot for those who desire to feast their eyes and ears with chirping birds. Botswana cut across most of the Safari Packages in the country. Botswana is the home to a record 575 species of rare and endangered species of birds (Both migratory and resident birds). 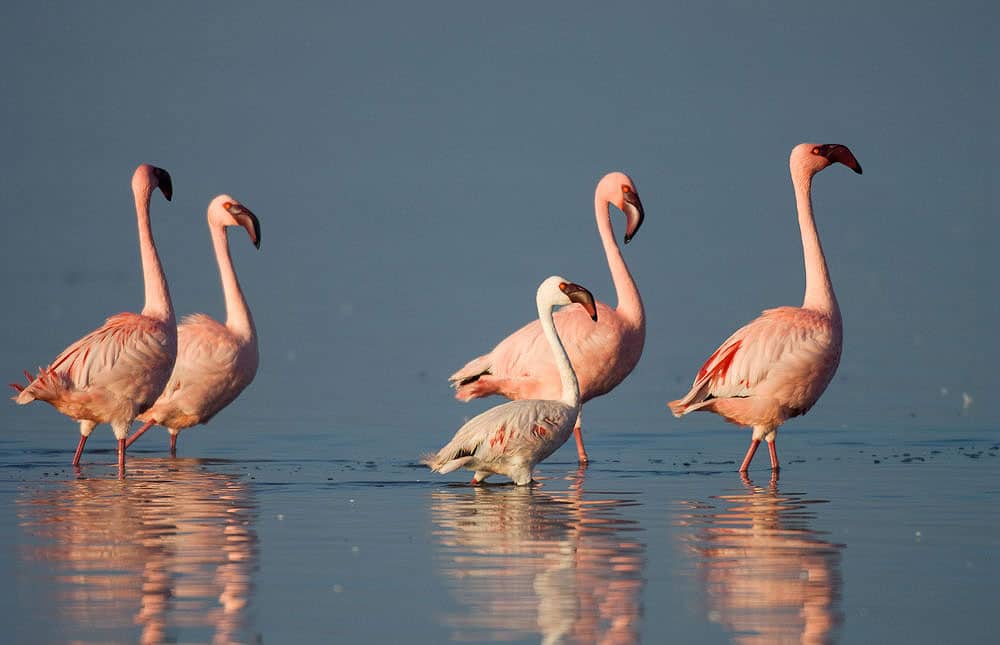 The Nata Bird Sanctuary is located 170km northwest of Francistown and 20km south of Nata and the eastern tip of the Makgadikgadi Pans. Nata Bird Sanctuary is the only protected reserve of the area where a variety of species of birds and mammals can be seen. The bird sanctuary has about 165 species of birds; the Lesser and Greater Flamingos, Great White Pelican and Pink-Backed Pelican are the most dominant species, they arrive annually in large numbers as part of their migration during the winter season. (Nata Bird Sanctuary is one of the largest breeding sites of lesser and Greater flamingo in the world.) The lesser flamingos feed on algae and are plentiful in the warm shallow waters of salt pans.

Nestled in between the sheer cliffs of the Manyelanong Hills, Manyelanong Game Reserve is one of the celebrated birding spots in Botswana. Although small in size, the Reserve protects a breeding colony of Cape vultures. It is this protection of the cape vultures that to the list of the destination for Botswana Bird watching Packages. The vultures are usually seen flying about the area and when in season, the young birds are sitting on the rocks. Today there are just fewer than 70 breeding pairs of birds in the colony, but it still counts as one of the largest colonies of vultures in Botswana.

The Okavango Delta is the world’s largest inland delta and a remarkable bird sanctuary. A total of 450 species of bird have been recorded in the Delta. It is also a much-preferred destination for the migratory birds such as the African Fish Eagle, Scared Ibis, and Crested Crane. Significant numbers of wetland birds occur in the delta swamps, notably the Herons. Several other resident bird varieties found within the Delta include Marabou stork, White-breasted Sunbird, White-headed Black-chat, Sharp-tailed Glossy-starling, Angola Babbler, Barred Wren-warbler, Bradfield’s Hornbill, Racket-tailed Roller, etc. Most of the species occur in exceeding numbers.

The Makgadikgadi Pans National Park is situated in north-eastern Botswana. It is home to some of the world’s largest salt pans and is a premier destination for those who want to experience both the best and the most extreme that nature has to offer. The flat salt-baked expanse of the Makgadikgadi pans which, with the adjacent national park host seasonal birds particularly during the wet season. When the Makgadikgadi fills with the annual rains, the Pans (Sowa Pan in particular) become breeding grounds as hundreds of thousands of water birds migrate to the area, creating a colorful spectacle. Flamingos and other water birds such as the Pelcans are found here.

It rests on the eastern side of the Okavango Delta. Moremi Game Reserve is home to more than 500 species of birds. This makes it one of Botswana’s prime birding areas. The Pelicans, Ibises, Herons, and Storks are only some of the species. They bring gorgeous splashes of color and sweet melodies to the reserve. 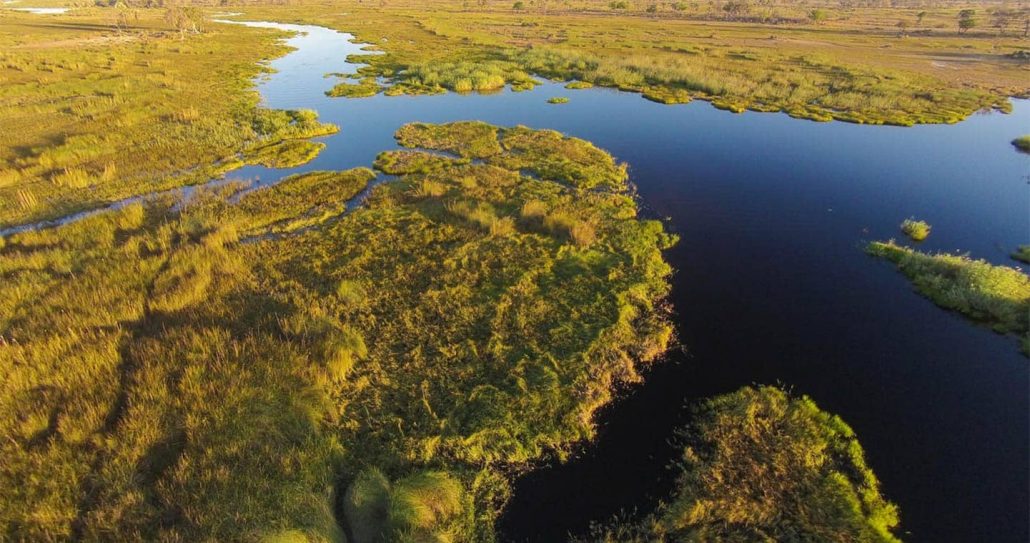 The bird population includes many water birds. During the wet season, bird watchers can enjoy exceptional bird watching opportunities when the migrants have returned. Bird watching is best on the Xakanaxa and Gadikewe lagoons. Some of the many bird varieties to watch include Saddle-billed Stork, Denham`s Bustard, Yellow-throated Sandgrouse, Caspian Plover, etc.

When to Go Birding in Botswana

In Botswana, the perfect time for bird watching is between November and April. This is the rainy season. It is also when several migrant bird populations are returning, and the vegetation is lush and green.